Time for "A Christmas Carol"!

The Compound is presenting an original adaptation of Charles Dickens' "A Christmas Carol".  Tickets are available online here. 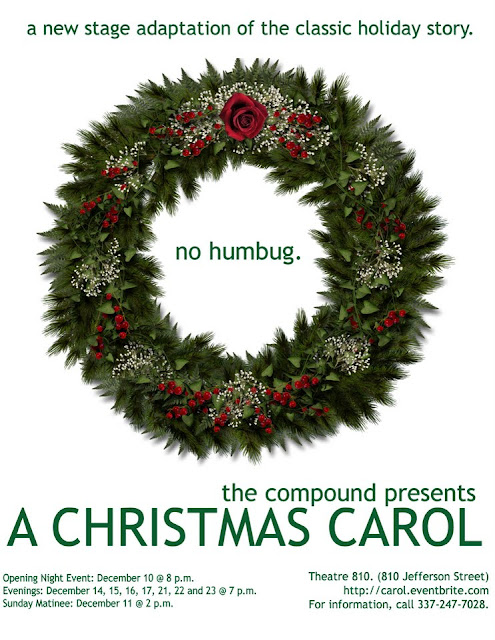 The two resident companies are both prepping new shows--The Compound is rehearsing their original adaptation of "A Christmas Carol" and Acting Unlimited has just cast David Ives "Lives of the Saints".  "A Christmas Carol" will open on December 10th and run until the 23rd, and "Lives of the Saints" opens on the 12th of January and runs until the 22nd.

When February rolls around, Omni Artiste will be bringing in a show, and Acting Unlimited is planning a special weekend of shows to run right after Mardi Gras.

Coming up at Theatre 810

Adult Beginner Tap Dancing with Live Music with Sharon Leahy & Rick Good - Tuesdays from 5:30-6:30 - Pay What You Can

Join Us Today At